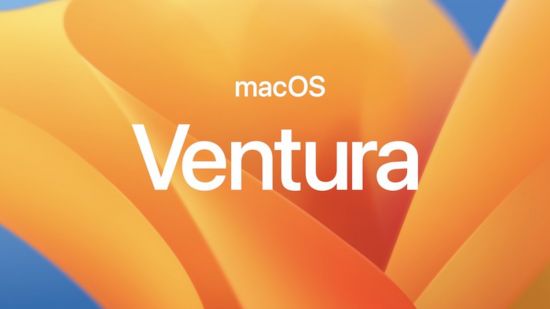 Apple has released the betas for its next major operating systems to the public today, making it relatively easy for adventurous users to download and install rough versions of the software that will begin powering Macs, iPhones, iPads, and other devices starting sometime in the fall.

More rapid, seamless security updates
Apple's long list of Ventura features is called Rapid Security Response, and it's pitched as a way for Apple to provide smaller, more timely updates to macOS that don't require a system restart. But what does this mean, exactly?

To install updates like this, Ventura makes some additions to the Signed System Volume (SSV) security feature from Big Sur. To recap, the SSV encompasses almost all of the macOS system files, and your Mac is only allowed to boot and run if the volume's signature indicates that nothing on the SSV has been modified or tampered with in any way. When updates are installed, the SSV is mounted in the background, files are patched, a new cryptographic signature is created for verification next time your system boots, and a snapshot of that newly signed volume is created for use next time the computer boots.

To allow for some smaller updates to be installed without a reboot, Ventura uses separate "cryptex" disk images for some apps and operating system files. As described by anonymous Twitter firmware engineer @never_released, cryptex images are treated by macOS as extensions of an existing volume. These images can be opened and modified independently of the SSV, but to macOS and most of its apps, they will appear to be part of the system volume, same as any other system file.

Ventura will be able to patch apps and other system files located in these cryptex images without needing to touch the SSV, including Safari, WebKit and JavaScript-related frameworks, and others. This will remove the need for a lengthy install process and reboot while still retaining the security benefits of the SSV for most system files. Whether this actually leads to faster or more frequent security patches remains to be seen. More wide-ranging updates, including (presumably) major updates like 13.1 or 13.2, will most likely continue to use the current reboot-required approach.

Font Book switches to a tiled UI in Ventura, with a quick visual preview of multiple fonts.
Ventura additionally ushers in the biggest redesign for Font Book since it was introduced back in macOS 10.3, switching from a multi-column design that only previews a single font at a time to a more visually oriented grid of fonts that provide smaller previews of dozens of fonts at a time.

Forehead-slapping imports from iOS
For all the tight integration between Apple's various hardware and software platforms, there are still a few places where one platform doesn't offer a feature that other platforms support. I sometimes think of these as "iPad Calculator" problems-as in, "why is there no Calculator app on the iPad?" Ventura solves a fair few of these, partly because Catalyst and SwiftUI have made it easier for Apple to write one app that can work on all its platforms. Case in point, the new Clock app is a mostly direct port of the iPadOS version of the same app, and iPadOS 16's new big-screened version of the Weather app is coming to Ventura, too. (I especially like Weather, since it's a much faster, cleaner alternative to heading to the Weather Channel's own website and enduring multiple pesky messages about cookies, ad blocking, and location access.)

New features for gamers and streamers
The Mac has never been a gaming platform in the way that Windows is. But Apple Silicon Macs offer respectable graphics performance across the board, and Ventura makes changes on the software side that could make the Mac somewhat more appealing for gaming. Metal 3 makes a few changes to Apple's proprietary low-overhead graphics API, but the most appealing is MetalFX, an upscaling technology along the lines of Nvidia's DLSS, AMD's FSR, or Intel's upcoming XeSS. These kinds of upscaling algorithms are helpful for midrange and low-end GPUs, since they can upscale lower-resolution images without requiring lots of extra GPU power, making it possible to get closer to high-end GPU image quality without actually needing a high-end GPU.