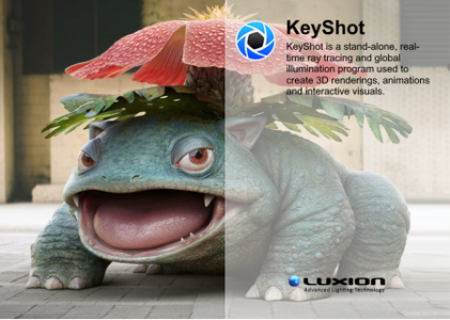 
KeyShot 11.2 is a pivotal release that introduces the eagerly anticipated ability to run KeyShot on the latest generation of Macs with Apple silicon chips (including M2 and M1 Pro/Max/Ultra). If you have a newer Mac with Apple silicon, you will experience a 15-30% performance gain in both rendering and overall usability (compared with x86-64 translation performance).
KeyShot 11.2 will install two application packages, one for the previous Rosetta 2/Intel architecture and one for the new arm64/Apple silicon architecture. New analytics tools in KeyShot 11.2 enable the development team to monitor the stability and performance of the beta version before moving it into production full- in the next 11.3 release. (Performance monitoring is captured without recording any personal user data, and the feature can be turned on or off in the KeyShot Preferences menu at any .)
Along with the release of KeyShot 11.2, we bring a substantial update to KeyShot Web Viewer (available with a KeyShotWeb subscription). KeyShot Web Viewer now provides added Studio support, allowing you to switch between Environments and Cameras, improved transparent materials with support for absorption, reflections, and refractions, a new bloom effect, two-finger swiping to pan the camera, and improved material accuracy when baking (in some cases).
Other new features and improvements include:
-
- including the Pantone Color of the Year (Very Peri) added to the KeyShot Color Library.
-
- adjust keyframes without interfering with the rendering in the Real- View
-
- retain Normals and UVs after Mesh Simplification
-
- improved quality when chag 3D Paint texture resolution.
-
- including support for scripting material information data, the ability to use scripting to render CMF documents, as well as detection of headless and GUI-only features.
-
- including improved performance when dragging and dropping materials onto objects in the Real- View
-
- including support of binary data in glTF, native Onshape import and new SketchUp and Cinema 4D plugins with Apple silicon support (requires 11.2)
- Plus over 75 bug fixes

is the first real- ray tracing application that uses a physically correct render ee based on scientific research in the areas of scientifically accurate material representation and global illumination. Addressing the visualization needs of designers, eeers, marketing professionals, photographers and CG specialists, KeyShot breaks down the complexity of creating photographic images and animations from 3D digital data.
specializes in advancing state of the art technology for computer based lighting simulations. We are a leading developer of advanced 3D rendering, animation and lighting technology with expert knowledge in areas related to daylighting (atmospheric scattering), light scattering by materials (BRDF and BSSRDF models), light transport algorithms such as photon mapping, and real- rendering technology. We offer consulting and develop proprietary applications and libraries for customers in need for software capable of precisely calculating the scattering of light in complex 3D environments.
Luxion KeyShot Pro
11.2.0.102
x64 english
macOs *
1.5 Gb