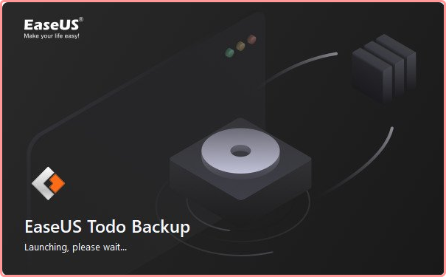 
EASEUS Todo Backup is a complete and reliable backup and disaster recovery solution to backup system, data, files and folders, hard drive partition. It not only provides convenient user-interface to simplify your tasks but also enables you to backup and restore an image of your partitions or entire hard disk.
Protect Your Home Data
Losing data is very discouraging. To protect data, regular backup makes sense. EaseUS Todo Backup is a reliable data backup software for home users, backing up and restoring files fast on a Windows-based computer.
File Backup
Easily run an automated backup on your directories & files, compress file images to save space, and encrypt files to protect privacy.
System Backup
Back up Windows system along with user settings, create a bootable backup, restore your system quickly once it crashes.
Disk/Partition Backup
Back up disk/partition at a block level, while data stored on it is ever-increasing and updated. No impact on the existing disk running.
Backup StoragCloud
Store backups to anywhere, hard drive, an external device, FTP server, network share, NAS, CD/DVD, or OneDrive, Google Drive, and Dropbox.
Smart Backup
EaseUS believes that you will never try to back up until it's just as easy as a few clicks away.
Smart backup makes it. Just choose your files/folders, save the backup task, and realize file protection. No extra steps required.
Flexible Cloud Backup
A convenient way to store your files off-site, where they are safe from local damage.
System Clone
System clone is to duplicate your operating system to another hard drive, USB, or other storage media.
Cloning features in EaseUS backup software makes it easy for you to migrate system to a new disk and upgrade your current system.
Clone to create a bootable system drive, get the system back to work in an emergency, and avoid any downtime.
Whats New
New features
New
Add the function of creating and backing up to the EaseUS security zone to keep the backup data away from the threat of extortion software
Modified
Solved the problem that outlook backup finally gets stuck or crashes
Fixed the problem of VSS invalidation caused by the wrong setting of partition name in GPT partition table
Solved the problem that the file backup is stuck in a special environment
Solved the problem that some systems cannot be backed up due to VSS startup failure
Solved the problem that ESET security prompts as potentially unsafe applications due to being exploited by malware
Fixed a potential DLL hijacking risk
Fixed the problem of returning failure information due to the deleted image during intelligent backup
Solved the problem that the scheduled backup may not be executed when starting up under Windows XP
Fixed the problem of executing commands before / after backup without judging the failure of command execution