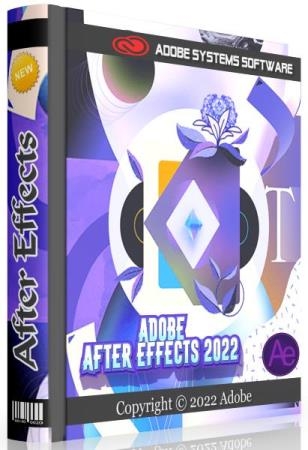 Make a big scene bigger. Create cinematic movie titles, intros, and transitions. Remove an object from a clip. Start a fire or make it rain. Animate a logo or character. With After Effects, the industry-standard motion graphics and visual effects software, you can take any idea and make it move.

There's nothing you can't create with After Effects.
Animators, designers, and compositors use After Effects to create motion graphics and visual effects for film, TV, video, and the web.

Roll credits. Spin words. Twirl titles.
Create animated titles, credits, and lower thirds. Start from scratch or with one of the animation presets available right inside the app. From spin to swipe to slide �?there are countless ways to make your text move with After Effects.

Explosive effects. Mind-blowing results.
Combine videos and images to send a UFO across the sky or create an explosion � the possibilities are endless. Remove objects like booms, wires, or even people. Apply hundreds of effects to do anything from adding fog to making it snow. And create VR videos to drop your audience right into the center of the action.

Get animated.
Set anything in motion�from logos to shapes to cartoons�with keyframes or expressions. Or use presets to kick-off your designs and get unique results.

Plays well with others.
After Effects works seamlessly with other Adobe apps. Create comps and immediately see how they look in Premiere Pro with Adobe Dynamic Link. Import work from Photoshop, Illustrator, Character Animator, Adobe XD, and Animate. Use Team Projects to collaborate with editors no matter where they're located. And After Effects is integrated with 300+ software and hardware partners.

Remove objects from video clips fast and easy
Want an object or person gone from your footage? With Content-Aware Fill, remove unwanted items quickly � no need to mask or cut out frame by frame.

Supercharge your animation flow
A j?vascript expression engine delivers up to a 6x boost in performance. And a new Expressions Editor makes writing easier and faster, including automatically identifying errors in your code.

Get depth passes from native 3D elements
Apply depth effects such as Depth of Field, Fog 3D, and Depth Matte so elements look natural � or use depth data to simulate 3D looks.

Benefits of Adobe After Effects 2022:

- Create animated graphics
Animate text and graphics with preset styles or customize them frame by frame. Edit, add depth, animate or convert to editable paths for even more unique results.

- Powerful compositing tools
Work effectively with masks and layers and create animations on any layer. Individual control of feathering and transparency. Isolate foreground elements from the background in no time.

- Start with presets and guides
Get started on your project with preset styles, template compositions. Use a brainstorming approach and other creative time-saving tools. Get started with the walkthroughs right after opening After Effects.

- The assembly was created on the basis of the Adobe standalone installer version 5.7.1.1, which is not available to the general public.
- From the installer, with the exception of the required minimum, the Adobe Desktop Common module is cut out, which is installed by the original installer without fail.
- From the installer, the Adobe Creative Cloud module is completely cut out, which is installed by the original installer without fail.
- The installer provides a choice of installation path and program interface language.
- During installation, a "video carousel" was launched in the installer window, demonstrating the capabilities of the program.
- Unlocked the ability to install the program on Windows 10 junior versions.
- Updated Adobe After Effects core module to version 22.5.0.53.
- Updated the Adobe Camera Raw helper to version 14.4.0.70.
- Updated the Adobe CCX Process helper to version 4.8.0.27.
- Added Adobe CC Library helper module version 3.19.9.19.
- Disabled spy modules Log Transport Application and CRLog Transport Application.
- On the Home screen (start window), the notification about the passage / end of the trial period is hidden.
- The program Maxon Cinema 4D, which is part of the distribution, has been updated to version R25.117 and treated.
- The program has already been cured. After authorization, you can use libraries and other online services.